The internet revolutionised the way humans access information. However, this increase in access may lead to the undermining of the truth as there are more people than ever posting on the web without the requisite safeguards. Readers must be more careful than ever to ensure that what they are reading is valid.

The omnipresence of the internet today has also led to the development of the phenomenon of “fake news”. But what really is fake news? It is a type of untrue information that one can find online, which looks like it is from legitimate sources. Fake news is designed to impact political opinions and personal reputations. Fake news may be also being used for financial gains as it can attract many online users and increase ad revenue.

During the 2016 US presidential election, fake news became a major issue. Facebook was in the news because of the unwitting role it may have played in spreading fake news to its users. Initially, Mark Zuckerberg, the CEO of Facebook stated that the social media platform was not involved in distributing fake news. However, he changed his stance after further evidence and reports emerged. In a 2017 post on Facebook, Mark Zuckerberg stated “after the election, I made a comment that I thought the idea misinformation on Facebook changed the outcome of the election was a crazy idea. Calling that crazy was dismissive and I regret it. This is too important an issue to be dismissive”. Currently, Facebook is making changes to their policies so that they can prevent false information from being disseminated. Other social media platforms followed Facebook by implementing checks and flags.

So, the question to ask is are UK laws sufficient to combat false information? Let’s look to see how well they are equipped to deal with fake news.

One of the tools available to combat fake news is defamation, otherwise known as slander and libel. Defamation involves the publication of material that causes serious harm to the reputation of an individual. Libel can be in many forms such as broadcasts and printed media, which are permanent. Slander relates to the spoken word.

Businesses and individuals both need to show that there has been serious harm to their reputation before they can sue, and in the case of companies that the defamatory material has caused serious financial loss.

Under the Communications Act of 2003, it is an offence if an individual sends provocative, obscene, or derogatory messages over any electronic network that is considered public. These networks include communication platforms such as Twitter and Facebook. Recently, Ofcom was granted a budget which provided the organization with the financial means to research and promote critical digital literacy; incorporating users’ interpretations of digital media’s ambivalent political potential.

Article 10 ECHR gives the citizens of the UK, the right of freeom of expression enshrined in the convention. However, this right is not qualified by others acts such as the Communications Act and the Defamation Act. These laws are somewhat sufficient in identifying and combating fake news, but they are not stopping the creation of it. Companies, like Facebook, Google, and Twitter, are all attempting to set new policies to self-regulate their sites. They understand the impact that fake news has on the social and political climate, and as a result have taken measures to remedy these issues.

It is vital that the laws evolve with the advancement in technology so that there are solutions for individuals when they are victims of fake news.

If you believe you are the victim of fake news, Taylor Hampton can assist you. 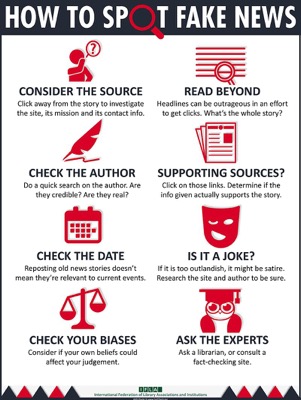