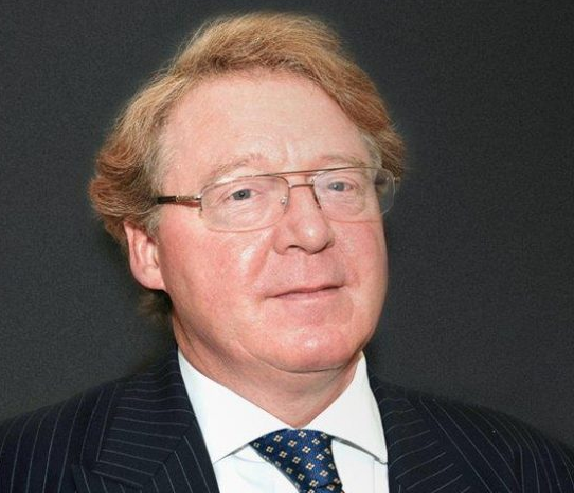 Update by Harvey Starte from out Defamation Team

In a judgment delivering a devastating verdict on a trial judge’s conduct and criticising the Court of Appeal’s legal analysis, the Supreme Court has given important guidance on the correct interpretation and application of the public interest defence to defamation claims under s.4 of the Defamation Act 2013.

On Wednesday, 3 June 2020, the Supreme Court ordered that there should be a retrial of the libel claim brought by Mr Jan Serafin against an editor, the editor-in-chief and the publisher of the Polish language newspaper Nowy Czas (New Time) for an article published in October 2015.

The newspaper article made various allegations against Mr Serafin, a builder and food importer and wholesaler, concerning his involvement with a Polish social and cultural association, POSK, and with Kolbe House, a charity-run care home for elderly Polish people.

Mr Serafin complained the article made 13 defamatory statements, including allegations that he had abused his position to give himself or his company maintenance contracts for POSK, that he had dishonestly obtained unlawful and fraudulent profit from sales at the café he managed for POSK and that he had diverted funds needed to care for Kolbe House residents by securing a contract for unnecessary renovations.

The claim was tried for seven days in October and November 2017 by Mr Justice Jay, with Mr Serafin unrepresented and the defendants represented by a QC.

The trial judge found all the statements complained of were substantially true except for the five which related to Kolbe House, one of which he decided was not actionable because it had caused no serious harm to the claimant’s reputation (as required by s.1 of the Defamation Act 2103).

However, Jay J also found the defendants had a defence under s.4 of the Act in respect of all the statements: each of them was “on a matter of public interest” and as regards each of them, the defendants had “reasonably believed that publishing the statement was in the public interest”. The judge dismissed the claim, adding that if the s.4 defence had not succeeded he would not have awarded damages (presumably meaning he would have awarded only nominal damages) for the five statements not proved substantially true, because Mr Serafin’s reputation had been  “shot to pieces” by the statements he found were substantially true.

Mr Serafin appealed the judge’s decision that there was a s.4 defence and his finding that a serious allegation that he fraudulently profited from alcohol sales at the POSK café had been substantially true. He also appealed on grounds of unfair treatment towards him by the trial judge.

In May 2019 the Court of Appeal allowed his appeal. It ruled: that the judge was wrong to uphold the defence under section 4; that he had not been entitled to find the allegation Mr Serafin had fraudulently profited from alcohol sales at the café was substantially true; that Mr Serafin was entitled to damages in respect of that allegation and the allegations relating to Kolbe House; and that the  nature, tenor and frequency of the judge’s interventions were such as to render the trial unfair. The Court ordered that a different judge decide what damages Mr Serafin should receive for the statements not proved substantially true and found to have caused serious harm to his reputation.

The defendants appealed to the Supreme Court.

The Supreme Court considered full transcripts of the first four and half days of the trial, during which almost all the oral evidence had been given. Lord Wilson extracted 25 excerpts to include in a schedule to his judgment. He concluded:

“… when one considers the barrage of hostility towards the claimant’s case, and towards the claimant himself acting in person, fired by the judge in immoderate, ill-tempered and at times offensive language at many different points during the long hearing, one is driven, with profound regret, to uphold the Court of Appeal’s conclusion that he did not allow the claim to be properly presented; that therefore he could not fairly appraise it; and, that, in short, the trial was unfair.

Instead of making allowance for the claimant’s 17 appearance in person, the judge harassed and intimidated him in ways which surely would never have occurred if the claimant had been represented.”

The Supreme Court found it hard to understand how the Court of Appeal had made an order that assumed determination of all the issues relating to whether the defendants were liable had been concluded. The logical consequence of a conclusion that a trial was unfair was an order for a complete retrial, which it ordered.

In his judgment, concurred in by Lord Reed, Lord Briggs, Lady Arden and Lord Kitchin, Lord Wilson reviewed criticisms of statements of principle made by the Court of Appeal, because if the Supreme Court did not, those statements would have stood as authority in the retrial of Mr Serafin’s claims and in future cases.

He reviewed the evolution of the common law public interest defence from the appearance of the “responsible journalism” defence in Reynolds v Times Newspapers Ltd , through Bonnick v Morris, Jameel (Mohammed) v Wall Street Journal Sprl and Flood v Times Newspapers Ltd and the gestation of its statutory replacement, s.4 of the Defamation Act 2013.

Turning to Economou v De Freitas, the primary authority on s.4 to date, Lord Wilson approved Warby J’s proposition that he would consider a belief that publication of a statement was in the public interest to be reasonable for the purposes of section 4 “only if it is one arrived at after conducting such enquiries and checks as it is reasonable to expect of the particular defendant in all the circumstances of the case.” Lord Wilson observed: “It is almost impossible to expand in the abstract on the meaning of the word ‘reasonable’ but, so far as it goes, the judge’s statement is no doubt helpful.”

Lord Wilson also emphasised that there is no “check list” of factors that have to be taken into account to determine if a publisher’s belief that publication was in the public interest was objectively reasonable. This was clear from Parliament’s removal from the Defamation Bill  of a list of factors to be considered (based on those identified by Lord Nicholls in Reynolds) and its replacement by s.4(2) and the requirement that the court “have regard to all the circumstances of the case”. Although, as Sharp LJ had said in Economou, one or more items deriving from Lord Nicholls’ “check list” may well be relevant applying the objective test under s.4(1) (b).

Criticising imprecise and potentially misleading statements in the judgment of the Court of Appeal, the Supreme Court observed:

If you have defamation or reputation issue or you require advice on protecting your privacy please contact Taylor Hampton at enquiries@taylorhampton.co.uk or phone Pandora Mather Lees on 0207 427 5970.