Vardy v Roony; AKA ‘Wagatha Christie’ Reflections of a case that has gripped the nation 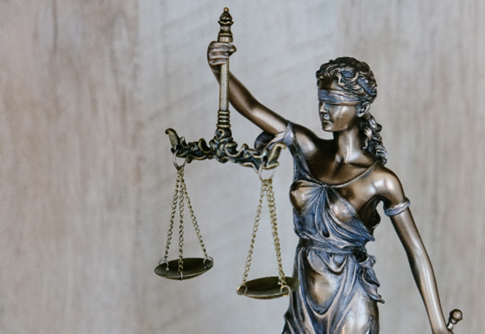 Vardy v Roony; AKA ‘Wagatha Christie’ Reflections of a case that has gripped the nation

Now coined ‘Wagatha Christie’, Vardy v Rooney resulted in a dramatic seven-day trial at the Royal Court of Justice, in what has been considered ‘the British showbiz trial of the decade’.

Although judgment is not expected for some time, the altercation between the two footballer’s wives, Rebekah Vardy and Coleen Rooney, has been ongoing for two and a half years after Rooney, in October 2019, accused Vardy of leaking information from Rooney’s private Instagram account to the Sun. Vardy vigorously denies the allegation and claims that she has suffered ‘very serious harm to her reputation’ as a result of Rooney’s 2019 post and brought libel proceedings in June 2020.

In a ruling dating from Valentine’s Day 2022, the judge highlighted the importance of disclosure. This case heavily relies on evidence from electronic resources and the judge criticised both sets of lawyers in relation to the disclosure process.  She questioned Rooney’s solicitors’ methods for seeking their disclosure ‘by reference to a much more limited number of search terms than those agreed with the claimant.’ and  also criticised Vardy’s solicitors for abridging WhatsApp messages between Vardy and her agent, Caroline Watt; one wherein Vardy, in commenting on a post on Rooney’s Instagram said, ‘(I) would love to leak those stories’, which the judge said, ‘ought to have been disclosed’.

Although we are yet to hear judgment, the ongoing case illustrates contemporary issues that are arising in the law of libel particularly within the  realm of the internet, highlighting the complexity of the private setting on social media. Regardless of Rooney’s intention to post within her ‘private’ circle on Instagram, the information inevitably spread far and wide across social media platforms and went ‘out of her control’. It is the available access of this information by the public at large that has brought Vardy the ‘serious harm’ that she complains of.

This case which  has gripped the nation also exemplifies the relationship that celebrities have with the press, and what is considered ‘newsworthy’ by the public.

If the judge rules that Vardy was libelled, Rooney may need to pay damages and court costs (usually capped at around 70%) . If Justice Steyn rules in favour of Rooney, who is defending her claim on the basis that the article was  true and in the public interest, Vardy may be ordered to pay Rooney’s legal costs.